Stockholm art, antique and carpet dealer Peter Will-borg died on January 21-2019 after an illness. He leaves behind his daughter and siblings with their families. Peter was born in Stockholm. His family spent several years in what is now Zimbabwe; later, they returned to Sweden.

As a boy Willborg discovered a rather inconspicuous oriental carpet in his father’s antique shop. He fell in love with the colours and patterns and tried to find out all he could about the piece  very much Peter, even at this young age. Later he started his outstanding career and rose to become one of the textile industry’s world-renowned authorities. Determined, with plenty of know-how and energy, he built his carpet business in Stockholm, where he never failed to give visitors a warm welcome. His company was among the best known around the world, and friends and colleagues used to say: ”Peter has good eyes for good rugs”.

The exhibitions Willborg organized over the years were in tune with these ambitions. ”Vävd Magi” (”Woven Magic”) in 1992 is well remembered: in a huge white- washed warehouse in Stockholm’s Frihamn, this striking show staged hundreds of large, colourful antique oriental kelims and Swedish fabrics , each meeting the highest international standards. The biggest event organized by Peter Willborg was the 2002 exhibition "Chahar Mahal va Bakhtiari” in Stockholm showcasing Iran’s Bakhtiari culture, particularly knotted rugs and woven pieces. The opening in Stockholm attracted the creme de la creme of the global textile community.

Peter Willborg published about ten knowledgeable as well as beautiful books and he was a regular exhibitor at trade shows in Sweden and abroad.

In 2014, the Collectors Awards honoured him as the "Antique Dealer of the Year” in Sweden.

In 1985, Peter and some friends had a crazy idea: What if they founded a society to further and spread the knowledge of oriental carpet and folk textiles art? Willborg called a meeting and was of course elected chairman. Today, the Pazyryk Oriental Carpet Society in Stockholm has more than 250 members , it was one of Willborgs favourite projects. His life’s work, however, is the carpet trade J P Willborg Antique Rugs: it is very characteristic of his personality that he continued to work there until the end. He is mourned by his friends and colleagues around the world . 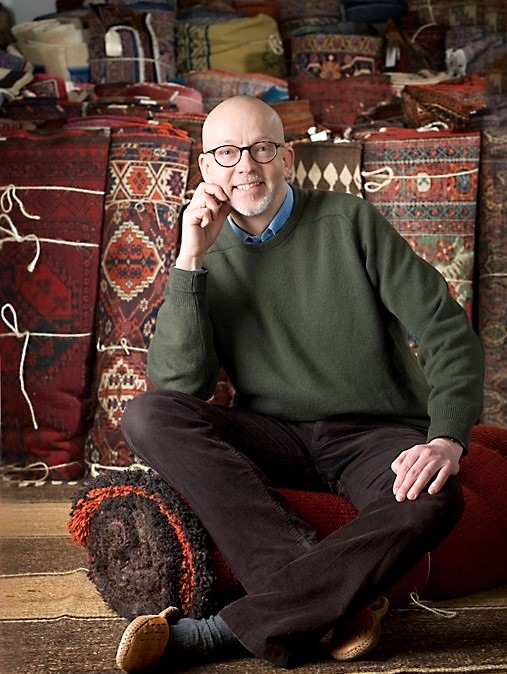